Origin and role of Parish Councils

In centuries past the absence of any developed system of local government meant that Church of England (C of E) parishes, often in conjunction with a prominent local landowner, represented the only natural authority in many villages in England and Wales. Over time the charitable activities of many parishes, e.g. caring for the poor, became a formal responsibility with the introduction of the Elizabethan system of Poor Relief. By Victorian times church parishes were beginning to accrue responsibility for wider local services such as basic schooling and highways which were increasingly regarded as needing to be a civil rather than church responsibility.

The need for a formal system of civil local government was finally recognised in the Local Government Act of 1894 which created the system of Parish and Town Councils we have today. In setting them up it is perhaps not surprising that their boundary areas often closely matched well established church parish boundaries by which communities already identified themselves. That said and despite use of the word parish in their title, Parish Councils have no responsibility for church affairs.

Parish (or in larger communities Town) Councils form the bottom tier of Local Government; their role being to allow communities to have a say in how some of their local affairs are conducted and to otherwise liaise with higher tiers of government.

Sheriffhales is a scattered rural Parish of 8 square miles in east Shropshire, the land lying at the Northern end of the watershed of the river Worfe and the western end of the watershed of the river Sow. The eastern half of the Parish lies on the Bunter Pebble Beds and the ground undulates between 300 and 400 feet above sea level. The western half of the Parish which is more sparsely populated rises to a ridge at the western boundary of 600 feet above sea level at maximum and is on Enville beds of marl and sandstone. The predominantly light loamy soil is suitable for a wide range of crops and livestock. There is a pleasing range of woodland and specimen hedgerow trees. Some smallholders remain but many were assimilated to create larger more viable farms.

Much of the village housing was developed as part of and in the style of the Sutherland Estate. Housing has gradually increased to suit most needs and elsewhere in the Parish there have been numerous barn conversions and cottages extended and improved.

The population at the time of the 2011 census was 722 with half this number living in the village and half in the surrounding hamlets or isolated dwellings. There is a village primary school with secondary pupils travelling either to nearby Shifnal or Newport schools. Agriculture used to be the local employment but now most residents commute to Telford or the West Midlands conurbation.

The village has its own playing field, a Church (Village) Hall and a large Parish Church. Also within the Parish is Lilleshall Golf Club and the National Sports Centre at Lilleshall Hall. Sheriffhales also has a Short Mat Bowling Club, Bell Ringers, a Women’s Institute and a Parish Magazine produced by volunteers.

Public Participation
Members of the public are encouraged to raise any issues of local concern with the Council either via an approach to an individual Councillor or the Clerk.

The public are welcome to attend meetings of the Council but should note that they cannot normally participate in the meeting itself. However where a matter is clearly of great local concern or perhaps in response to a specific request, it is our practice to temporarily suspend the formal meeting to allow members of the public to address councillors.

Councillors are always happy to hear from you and their contact details can be found via the Councillors page or alternatively contact the Clerk.

The Annual Parish Meeting held in April every year is used to provide a summary of Council activities. Members of the public with an interest in Council affairs are particularly encouraged to attend this meeting during which they can raise any issue. These will be minuted as the meeting is specifically for the general public to raise any relevant matter they wish to discuss. Once the public have finished their contributions the normal Parish Council meeting commences.

The Annual Parish Council Meeting is when Councillors are re-elected and/or voted on to the various sub-committees. Members of the public do not have any input to this meeting and it is followed by a normal Parish Council meeting.

All of our Councillors take a pride in the Parish, work hard to ensure the community is represented/supported and aim to provide good local amenities for the benefit of all. 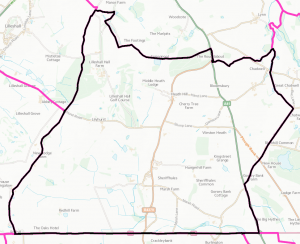 Or use the contact form to send us a message

This website uses cookies to improve your experience while you navigate through the website. Out of these, the cookies that are categorized as necessary are stored on your browser as they are essential for the working of basic functionalities of the website. We also use third-party cookies that help us analyze and understand how you use this website. These cookies will be stored in your browser only with your consent. You also have the option to opt-out of these cookies. But opting out of some of these cookies may affect your browsing experience.
Necessary Always Enabled
Necessary cookies are absolutely essential for the website to function properly. This category only includes cookies that ensures basic functionalities and security features of the website. These cookies do not store any personal information.
Non-necessary
Any cookies that may not be particularly necessary for the website to function and is used specifically to collect user personal data via analytics, ads, other embedded contents are termed as non-necessary cookies. It is mandatory to procure user consent prior to running these cookies on your website.
SAVE & ACCEPT